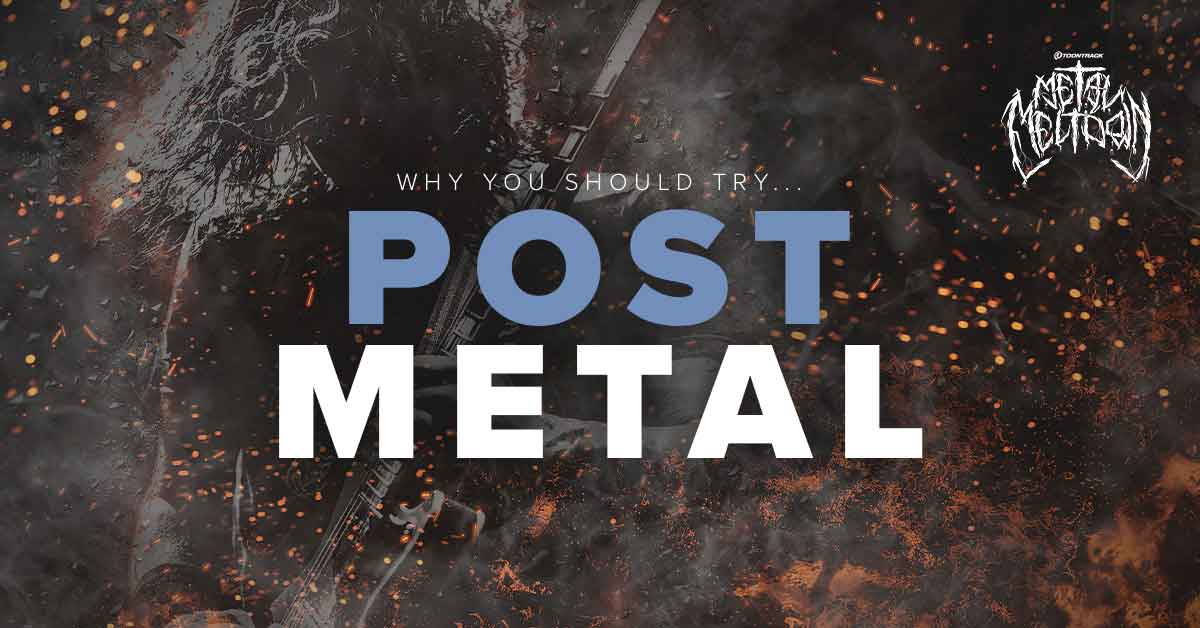 Every year, Toontrack celebrates metal with its annual Metal Month, and we’re joining in. This means any genre is on the cards and as we like things loud, we thought we’d give post-metal its JTC debut.

In the Metal Meltdown we’re giving away four free metal tracks. Each track has been written and produced by Damir Puh using Toontrack products, with a different metal genre covered each week. Our guest judges give it their spin, and then you’re invited to do the same.

And as we like things loud, we’re starting with post-metal…

As is often the case with metal genres, “post-metal” mainly has its roots in rock. And in this case “post-rock” with bands like Mogwai and Godspeed You! Black Emperor creating an ambience that metalheads then pushed to the limit.

Post-metal is dark, loud, and noisy. Where other metal genres build songs around riffs, solos and quite often insane levels of technicality, post-metal looks to create an atmosphere.

Long songs, that build to a crescendo, and take influences from shoegaze, doom and many other abstract places. Verse? Chorus? Pffft.

There are huge guitar riffs, massive drums to hook onto and with long songs the norm, plenty of space to explore ideas.

Are there any JTC releases to help me with the style?

This really is a first for us in terms of style! But in post-metal, rhythm is an essential element making Al Joseph’s School of Rhythm a great shout.

The key concepts from Olly Steele’s RIFFS Masterclass can also be slowed down and morphed for the style.

And with post-metal being more about the song than technical showmanship, Connor Kaminski’s Prog Composition Masterclass is a great way to learn how to get writing.

Which guitarists should I check out?

Mike Sullivan
The Russian Circles founder is the king of the loop pedal. The band is known for huge soundscapes and to hear them live is to be deafened. When you realise that this wall of noise comes from a three-piece, with Sullivan at the helm, then you really do have to take your hat off to him and them.

Kurt Ballou
Founding member and guitarist of Converge. A hardcore/mathcore/post-hardcore band. So a bit left field, but when you discover songs such as 'Wretched World' and 'The Dusk In Us', you realise how his big-tone talents are just as at home with the sludgy goodness of post-metal as they are with the ultra-intense punk-inspired riffs. He’s also produced for post-metal bands such as Russian Circles, ISIS, Sumac, Cave In and many more.

Aaron Turner
A discography as long as a baritone guitar’s neck. A founder of post-metal giants ISIS, and a member of Sumac, Old Man Gloom and many more. If you like riffs, Aaron Turner is a solid bet.

Can I get a playlist?

You can! This is a good starting point for the genre but not the end. As with any style, there is plenty of different takes, so get digging!