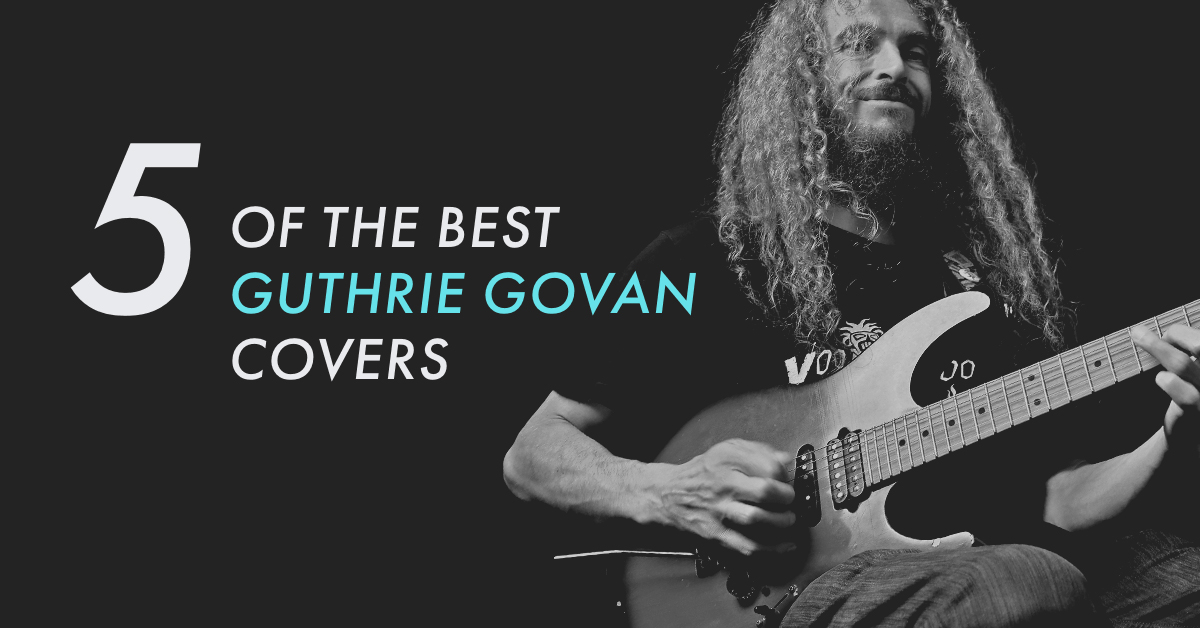 Who is the best guitarist in the world? It’s the kind of question that bedroom guitarists, music fans and even professional players ask on a regular basis. You can argue there is no right answer, but many would argue that it’s Guthrie Govan.

It would seem that no time signature, style or technique is a challenge to Guthrie, and that’s in part why he is held in such high regard. Spend any time looking for guitar videos online and you’ll find a whole heap of Guthrie solos, interviews and live performances; you’ll also find a huge selection of covers.

Some are messy, some are great and some have made our list of the best Guthrie Govan covers. Enjoy!

Dial back over ten years, and you’ll find a video of Nili Brosh playing some Guthrie at the tender age of 18. The title of the video - plus as usual with the internet, something - caused much debate.

A lot has happened since that first video went up: Obama, Trump, Brexit. More importantly, Nili has gone on to become one of the most accomplished guitarists around, landing a long term gig with Cirque du Soleil, and of course, becoming a JTC artist. We love this cover not only because of the story, but just because it’s very, very good.

“No matter how good you get, there’s always a kid somewhere that’s better.” Said by JTC’s very own Steve Martin, and of course he’s right. When filmed, Li-sa-X was a mere 8 years old. You may find better, more accurate versions of the track out there, but for sheer jaw dropping, “oh my god”, you can’t find much more astounding than this.

JTC’s Josh Smith is one of many players that started young, and there are no doubt countless more, but to tackle such a difficult track at such an age shows not only a natural talent, but also that a hell of a lot of practice must have taken place; and for that, we clap our hands.

JTC Guitar co-founder, Jan Cyrka, sent this video in a round robin email to the team, and every single one of us was blown away. Matteo’s unique finger-style playing creates something that is equally astounding both sonically and visually. It would even be fair to say that Matteo probably trumps Guthrie in terms of “uniqueness”.

And that takes some doing.

If you’ve followed JTC Guitar since the early days, you’ll know Jess Lewis. If you haven’t, then watch this video. What you get with this cover is a finesse and feel all of its own.

The meandering track is played to perfection, so much so that the video has racked up well over a million views and counting. A classic cover for the digital age.

We thought it best to end where we began, with another JTC artist having fun. While there may be tighter more faithful covers out there, what we like about this take is that it sums up the “spirit of Guthrie”.

Tangential, shifting and heavily improvised, this cover from the Jack Thammarat Band clocks in at over 8 minutes, and is a joy to watch. You do have to put up with the 2009, mobile phone recording, but when the playing is this good we can live with that.

And as a bonus, here's the original

Way back in 2007, Guthrie Govan sat down at JTC HQ, and got jamming. So, here’s one of the original videos, that not only helped to inspire these covers, but no doubt doubt inspired thousands of people to pick up the guitar.