Behind the Pack: Beloved Child 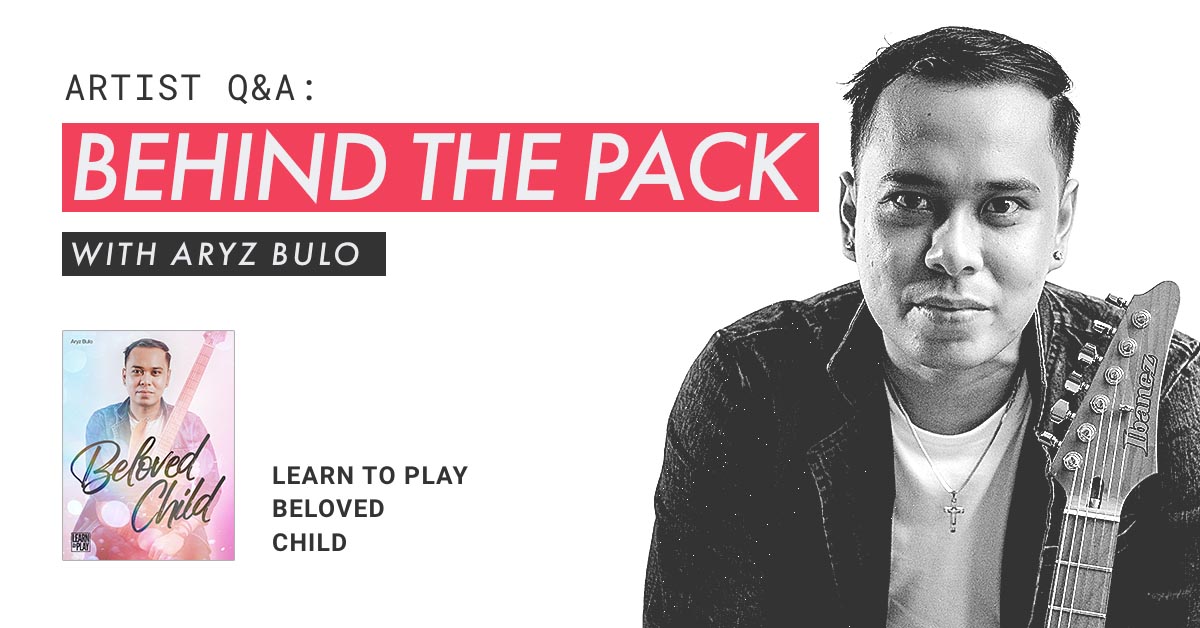 The best ballads have a big hook, tell a story and in JTC terms at least, allow a guitarist to show off a bit. .

Enter Aryz Bulo. The Indonesian guitarists’s 5/4 ballad epic really does tick the ballad boxes and then some. .

So we caught up with him to find out more about “Beloved Child”, his latest Learn to Play release..

What was the main inspiration for this track?

This song is inspired by my son, his name is Gabrielle, this song tells about the birth of a child and describes the feelings of a father who really loves his child and struggles through all the difficulties and challenges his parents face before the child's birth and the feelings when the child is born.

The bulk of this track is in 5/4. How did that happen?

At first I was just chilling while making the guitar riff for the intro of the song. I didn't think to set the time signature first but after I’d written the intro riff, I realised it was in 5/4. It was a sweet accident!

So after that, I tried to make a melody theme with slide and legato playing on 5/4 and changed it again with chord modulation from E (root, start from A) to G.

But the chorus and interlude is in 6/4. I wanted to keep the 5/4 feel but make it catchier and easier for the listener to follow along.

What is your tip for playing in other time signatures than 4/4?

I think this is just a matter of habit! At first it might be quite difficult to get used to time signatures other than 4/4. I really understand the difficulty because when we play guitar, we have to think about phrases, scales, grooves, techniques together in a time signature that we are not used to playing.

Are there any licks in the track that you had to work on to get right?

Yes... throughout the track, I had to convey emotive playing and techniques, especially in the chorus section. In the interlude, I tried to include more outside sounding licks that are less familiar to the ears, creating a darker vibe. There’s a complete breakdown about that section in the full pack!

For someone who is learning this track, what is the biggest lesson?

The biggest lesson from this song is how you can express your emotions and your feelings in a melody, how to apply techniques such as bending, vibrato, tapping, legato, hybrid picking, alternate picking, etc. To create a harmony that describes the atmosphere and feelings. Besides that, the release will also provide an overview and additional references for you in making your original composition, and also you can learn the application of scales such as lydian, melodic minor modes in chord progressions.

What is the current scene like for guitarists in Indonesia?

Indonesia is a very large country and consists of more than 13 thousand islands and a very large population, so of course there are many talented guitarists who are also extraordinary.

JTC has very many fans in Indonesia. Being the only Indonesian in the JTC roster gives me pride and I hope to be an inspiration to thousands of guitarists in Indonesia.

JTC has become a benchmark and standard for national and even international recognition among guitarists and musicians.

Are there any plans for more tracks like this in the future?

Of course! I plan to publish more varied and fresh songs as well as my album and lesson packages at JTC. This year there will be many releases which I will discuss with the JTC team.

Check out Aryz’s intense and uplifting ballad below!